Skip to main content
It looks like you're using Internet Explorer 11 or older. This website works best with modern browsers such as the latest versions of Chrome, Firefox, Safari, and Edge. If you continue with this browser, you may see unexpected results.

Dr. Eric Howard Habegger began his career in education as a MS English and Journalism teacher at CNG in 1985. He also taught HS English in California and was named “Teacher of the Year” at Fowler High School. After completing his Master’s Degree in Educational Administration in the U.S., he returned to CNG as the HS School Principal for four years before traveling the world with his wife, Lisa (a PS/ES classroom teacher and current MS/HS Library/Media Specialist), and their two children, Jeff and Kelly.

For his post-graduate studies, he earned his doctoral degree from Peabody College of Vanderbilt University within the Department of Leadership, Policy, and Organizations (LPO) and, in 2007, Peabody College presented him with the Arville V. Wheeler Prize as the top doctoral graduate.

As an international school administrator for the past 25 years, Dr. Habegger has prior leadership experience working as a secondary principal at the American School of Doha, Qatar, and at Canadian Academy in Kobe, Japan. During the past 14 years, he has served as director at international schools in Venezuela (CIPLC), Paraguay (American School of Asuncion), and currently for the past seven years at CNG in Bogota.

In December 2014, AdvancED Corporation, the world’s largest accrediting agency, awarded Dr. Habegger with the "Excellence in Education Award" for his service in helping advance high-quality standards of education across the entire Latin American region. Additionally, as a result of CNG’s continuous improvement efforts during the past six years, the school recently earned an unprecedented 340.20 rating in Latin America for its Index of Education Quality (IEQ) from AdvancED during their evaluation of the school in October 2016. The following link provides an overview of CNG’s journey of continuous improvement efforts during this time. 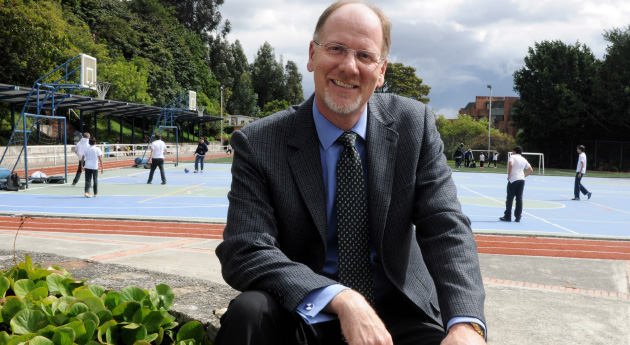