What are the characteristics of a rainforest?

What lives or grows in the rainforest?

Who or what depends on the rainforest?

What threatens the rainforest? WEATHER: Rainforests are important because they help maintain global weather patterns and rain. Water that evaporates from trees falls in other areas as rain.

Temperate rainforests are also wet, but not as rainy as tropical rainforests. It rains about from 60 - 200 inches (150 - 500 cm) each year, while the other moisture comes from the coastal fog that lingers on the trees. The fog provides about 7 - 12 inches (18 - 30°C) of rain each year. Temperate rainforests are a lot cooler than tropical rainforests, but the temperatures are still mild. They often have two distinct seasons: one long wet winter, and a short drier summer.

PLANTS: One type of plant often found in a rainforest is an epiphyte. Epiphytes are plants that live on the surface of other plants, especially the trunks and branches. They often grow on trees to take advantage of sunlight in the canopy. In temperate rainforests common epiphytes are mosses and ferns, while in tropical rainforests there are many kinds of epiphytes, including orchids and bromeliads. There are more than 20,000 varieties of orchids found in the rainforest. Most trees in tropical rainforests have thin, smooth bark. They don’t need thick bark to keep them from drying out because the rainforest is so wet. Also, smooth bark makes it difficult for other plants, such as epiphytes, to grow on the tree surface. Trees often have buttresses, large branching ridges near the base, for support because their roots are often shallow and they grow tall to reach the sunlight. Prop roots also help support trees in shallow soils. Many plants in the rainforests have adapted leaf shapes that help water drip off the plant to avoid too much moisture, which might make bacteria and fungus grow.

Tropical rainforests are so big that they are divided into four zones. The top layer of the rainforest is called the emergent layer. Giant trees grow here that are much taller than the trees below. The next layer is the canopy. It contains trees standing 60 to 150 feet (18 to 45 meters) tall. Their branches form a canopy, like a big beach umbrella that shades the forest floor. Thick, woody vines are found in the canopy. Over 2,500 species of vines grow in the rainforest. Some vines, called lianas, are sometimes as big around as a person! They climb the trees in the canopy to reach for sunlight. The next layer, the understory, is a dark, cool area below the canopy, but above the ground. The understory is shaded from much of the sunlight by the canopy. The forest floor is the bottom layer of the rainforest. This is the area where fallen, decomposing plants and trees lay on the ground. Many insects live here. Temperate rainforests have all of these zones except the emergent layer. The tallest trees in the temperate rainforest canopy grow to be about 300 feet (90 meters) tall.

ANIMALS: Tropical rainforests are home to half the plant and animal species on Earth. Scientists believe that there is such a great diversity of animals in tropical rainforests because they are one of the oldest ecosystems on earth. Some forests in Southeast Asia have been around for at least 100 million years, ever since dinosaurs roamed the earth. Animals in the tropical rainforest are specially adapted to live in this unique environment. A common characteristic found among mammals, birds, reptiles and amphibians, is an adaptation to living in trees. One example is New World monkeys that have prehensile tails that curl around branches allowing the monkey to hold onto the tree with its tail! Other animals are brightly colored, sharply patterned, have loud vocalizations, and like to eat lots of fruit. Most of the animals in the tropical rainforest live in the canopy. There is so much food available up there that some animals never go down to explore the forest floor! Birds are important to rainforests because they like to eat seeds and fruit. Their droppings grow into new plants and help rainforests to survive. In turn, tropical rainforests are important to birds because they provide winter grounds as migratory destination. Parrots are not the only type of birds you will see in the rainforest. In fact, about 27% of the bird species in the world live in tropical rainforests. Insects make up the largest single group of animals that live in tropical forests. They include bright beautiful butterflies, menacing mosquitoes, camouflaged stick insects, and colossal colonies of ants.

In temperate rainforests you’ll find a different set of amazing animals. Most of these animals live on, or near the forest floor where they are protected from the wind and rain by the trees above. Many birds and small mammals, such as chipmunks, like to eat seeds that fall on the forest floor. Lots of insects live in the temperate rainforest. Most of them live in tree bark, decomposing dead plant matter, or mossy areas. Birds and amphibians like to eat these insects. Some mammals in the temperate rainforest include deer and bobcats. Cougars and bobcats are the top predators in this biome.

PEOPLE AND THE RAINFOREST: Tropical rainforests are important because they provide oxygen, take in carbon dioxide, and are a huge source of biodiversity and cultural diversity. However, people also rely on tropical rainforests for food, medicine, timber, travel, and more. Rainforests around the world provide people with food and spices, for example, allspice, vanilla, cacao, cassava, ginger, bananas, black pepper, sugar cane, nutmeg and more. Many people are also moving from crowded cities where they cannot find jobs into the rainforest where they are becoming small-scale farmers. With all of this use, we need to be concerned about the stress we are putting on rainforests. Thirty acres of trees are cut in tropical rainforests every minute! Some scientists estimate that rainforests the size of Pennsylvania are lost each year. There are many causes of deforestation. People are logging for firewood, charcoal, building materials and other uses. Trees are being removed for commercial agriculture, which may cause permanent damage. Converting rainforests to pasture land for cattle ranching has destroyed many rainforests. Mining for gold, bauxite, and other minerals can destroy the land, and make it vulnerable to erosion.

What can you do to help our world’s rainforests? One way to start helping is to learn more about the plants, animals and people, as well as the issues surrounding rainforests and deforestation. When you learn about new issues, write letters to governmental officials and the newspaper suggesting ways to help solve the problem. Practice conservation at home. This will help reduce the use of rainforests, as well as ecosystems all over the world. Bauxite is a mineral used to make aluminum. By recycling, you will reduce the need for bauxite, which is mined in tropical rainforests. Pets from other countries may have been taken from the wild or imported illegally from tropical countries. If you buy pets that are captively bred in the United States, you will be sure that they didn’t come from the rainforest, or another unique environment. Investigate the source of the wood for your furniture to see where it comes from, and if it was harvested sustainably. All of these actions will help protect rainforests all over the world. 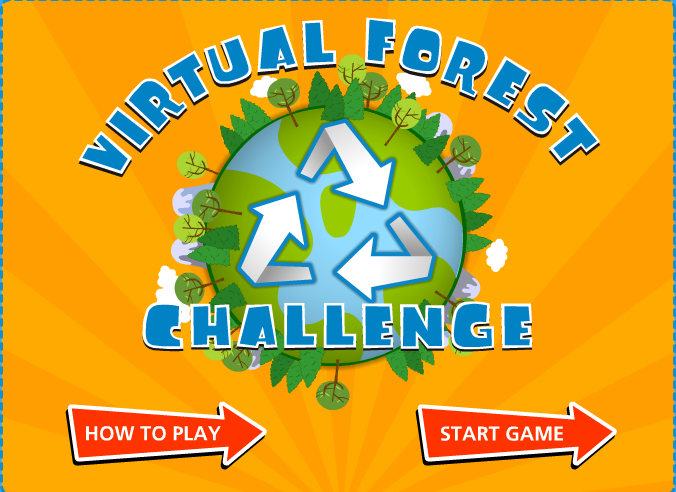